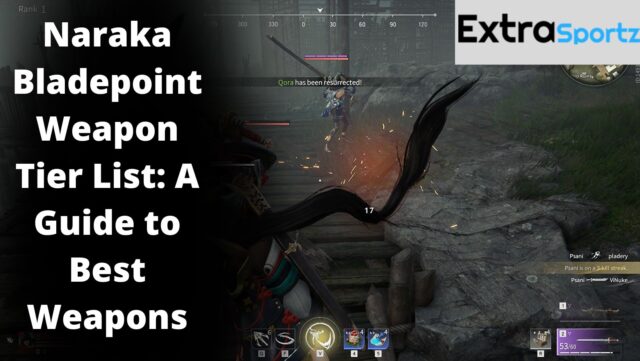 Naraka Bladepoint Tier list: Naraka: Blade point is an action-adventure game. It was released in 2021. In this game, you need to battle against the 60 other players and have to get through the game till the last standing person survives in the game. This game will begin at Morun Island and You are required to use the different weapons to defeat the enemies.

They are the best weapons to pick up in the Naraka Bladepoint game. You can pick them without any thought. They have got a great accuracy.

They are also good weapons. However, they are not as good as S Tier Weapons. They can also blow a high damage in single shot.

They are the average weapons. But they don’t blow heavy damage. But with the right skillset, they can blow a heavy damage.

They are the worst weapon of the lot. You can take them if you are playing the average game.