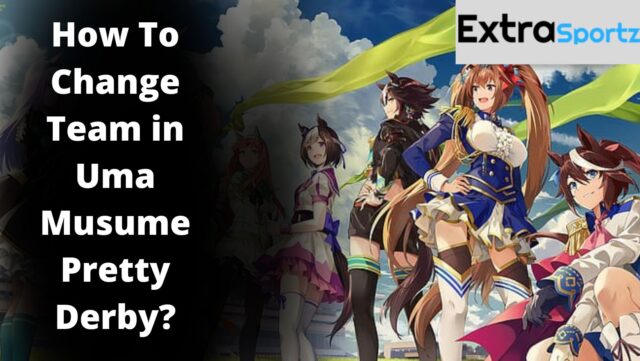 How to change the Team in Uma Musume Pretty Derby?

Uma Musume Pretty Derby is a simulator game. In this game, you have to pick up the characters and you have to make them participate in the race. They will run in the race on your behalf. You are required to select a team in order to take part in the team. However, some situations occur in which you want to change the team. Many players don’t know how to change the team. Currently, This game is in the Japanese language, you might find it difficult to understand a few things in this game. In this guide, we will explain how to change the team in Uma Musume Pretty Derby. Without any further ado, Let’s get started:

How to Switch the Team in Uma Musume Pretty Derby?

Switching the team in the Uma Musume Pretty Derby game is quite important. It is because you don’t want to stick with some of the characters in the team. To make a team, you have 1 lead racer and 6 support characters in a team. You have to train each of them after selecting and before pushing them into the race. If the characters that you choose are not trained enough, you are not eligible to add support cards to the team. Support card has their own role to play in the game. A support card can predict the outcome of the game. This is the reason, they must be on the team at any cost.

To change the team in the Uma Musume Pretty Derby, you have follow the below steps:

You can train the horse girls in the Uma Musume Pretty Derby by following this guide. We have also given the download link by which you can download the game also.