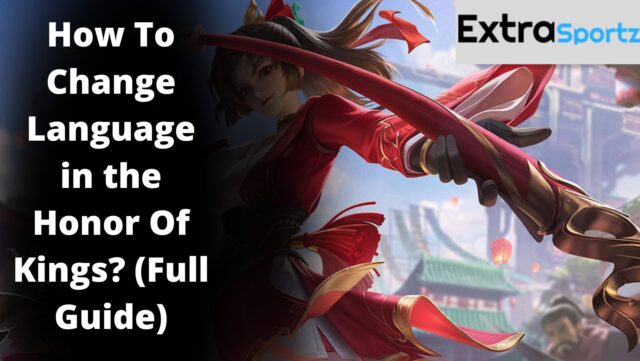 How To Change Language in the Honor Of Kings? (Full Guide)

The honor of kings is a role-playing game. In this game, you have to fight with the opponent in order to win in the game. You can not fight alone in the game. You need to form a strong team if you want to win the game. Since Honor of the Kings is a Chinese game. Many of the players will find it difficult to understand the game. However, you don’t need to worry as the language of the game will never be a barrier as long as we are with you. In this guide, we will explain to you how to change the language in the Honor of the Kings. Without any further ado, let’s get started:

How To Set up the Honor of Kings in your language?

Since we have already mentioned to you that Honor of the King is a Chinese game. You will see the functions of the game in the mandarin language. But you don’t need to worry. There are two languages that you can change in the Honor of the kinds of games: Chinese and English. Unless you understand mandarin, you can use the English language in it as well. Below, you will find the steps about how to change the language in the Honor of Kings game.

This way, you will be able to change the language of the game. You can play the Honor of the kings in whatever language you understand.