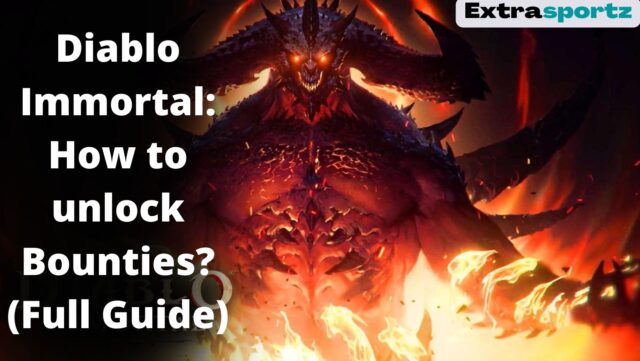 In this article, we will explain how players can unlock the Bounties in the Diablo Immortal game.

How To Unlock Bounties In Diablo Immortal?

Bounties are the mini-quests that players participate in and have to complete. Once players complete them, then they get the rewards like XP, gold, Battle Points, or equipment. If players want to unlock the Bounties, then they need to go to the Palace Courtyard in Westmarch. There, they will find the tutorial quests which they have to complete. Upon completion, they will be able to unlock Bounties.

At the Palace Courtyard, Players can see the Quartermaster NPC Derek next to the Bounty Board. Players can lift the bounties that they want to complete. In this guide, we will let you know a whole list of bounties that players can pick and can complete in the diablo immortal game. The player can get 4 bounties at a time in the Diablo Immortal:

This is the list of the bounties that players can choose to complete in the diablo immortal to get the rewards like XP, gold, Battle Points or equipment.

How to collect Bounty rewards in Diablo Immortal?