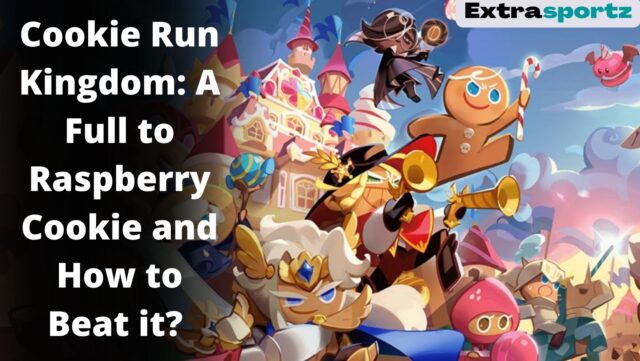 Cookie run kingdom is quite an interesting game to play. This game was developed by Devsisters Corporation Players have to make their own towns and they have to defend those towns from the enemy attacks. Players have to join different kinds of ancient cookies to join in the game. Players have to fight with the cookies as well. One of the cookies is Raspberry. It is an epic cookie that comes under the Charge Class in the game. When you reach 11 stages of the game, you will encounter the Raspberry cookie as an enemy. Mark my words, it will drain you completely when you go on defeating it in the cookie run kingdom game. As it is one of the strongest bosses out there. In this guide, you will learn about the Raspberry Cookie in the Cookie Run Kingdom.

Many players want to summon the Raspberry cookie. But it is not easy to call it out as it is the Epic Cookie. You can get this cookie in the regular Gacha but again there are only 0.09% chances to get her in the gacha. Still, you must put in your efforts to get her into the cookie-run kingdom. There is an option to get Soulstones in the Regular Gacha but there is only a 0.52% chance to get these soulstones in the games. Otherwise, you can easily upgrade your cookie to the level you want.

Raspberry cookies use three attacks that we will cover below:

This is the second deadly attack move of the Raspberry cookie. When Raspberry uses this attack move, it attacks those cookies that have the highest ATK stat.

How to beat the Raspberry Boss?

You can use these cookies to overpower the mighty Raspberry cookie. You will have to upgrade their level to the maximum that will enable you to fight to the best of your abilities.

Is the Cookie Run Kingdom only a mobile game?

No, You can play Cookie Run Kingdom on your PC, phone, tablet, home gaming console — even your Apple device.

Gacha is similar to the Loot box. It induces the players to spend in-game currency to get a random virtual item.

How do I install Cookie Run: Kingdom on PC?

To install the Cookie Run Kingdom on the PC, you need to download Bluestack first. This way, you can get your play this game on PC.

All the available Cookies fall into one of the following rarity ranks (arranged from most to least rare): Common, Rare, Epic, Legendary, and Ancient.