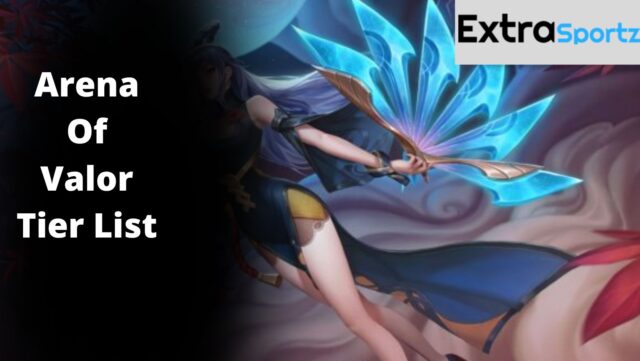 Arena of Valor is one of the best out there to play. In this game, players have to team up and fight the battles in the game. This game was published by Level Infinite. In this game, Players get to witness the intense wars great gameplay, and a hero lineup. However, to win in this game, you have to make a good team. Without a good team, you can not expect to win in this game. A team consists of good members. Therefore, your choice of characters determines whether you will win in this game or not. This is the reason, you must select good characters in the game. But players are unaware of which is the best character to choose from in the game. But we are there for you to help you with that. In this article, we have come up with the Tier list of the Characters in the Arena of the Valor game. This list will help you select the best characters for your team. let’s get started:

if you don’t know which characters would be suitable for you that can ensure your victory. Then you have stumbled upon the right place. As we have taken that concern of yours into the account and will present to you a comprehensive Tier list that would help you choose the right characters in the Arena of Valor game.

The Arena of Valor will consist of 6 tiers namely S, A, B, C, D, and F. Let’s get started with this:

Tier A Heroes in Arena of Valor

Tier A heroes are as good as Tier S heroes. But you can not afford to avoid them. They are great determinants of your victory in Arena of Valor. You must pick them in your game.

Tier B Heroes in Arena of Valor

Tier B heroes are not as good as the other Tier list characters But mark my words, They won’t disappoint you in the game. The point is to use them stretegically. It will lead to a sure victory. If you don’t take Tier A and Tier S heroes, they are the best alternatives to choose from.

These heroes are average. But you can not let them lead the team. Apart from that, you can take them as supportive characters in the game.

When you are making a team, you must make it a point that you don’t choose them in the Arena of Valor game. As you are sure to lose in the battlefield.