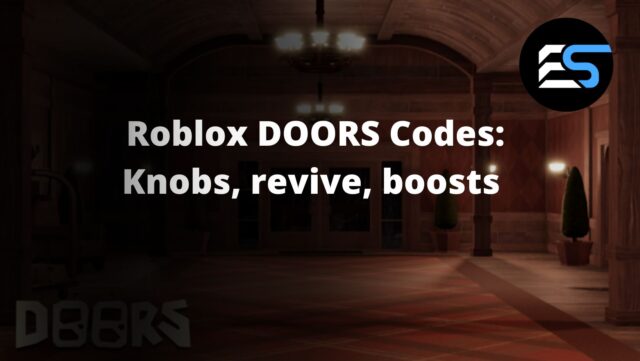 Doors is a Roblox horror game that you will surely love to play. If you are one of those who love playing horror games, then this game is meant for you. This is the game that was developed by LSPLASH.

In this game, there are many haunted doors that you have to enter and perform a certain number of activities. When you die in the game, Don’t worry, it won’t cause you much as you will be able to get revived again and you will surely learn something from your previous death. Each learning will push you towards the victory of the game. You can get many kinds of rewards in the game that would help you play a faster and better game. Unfortunately, you can not get those rewards without getting access to the codes.

This is the reason, players who are playing this game eagerly wait for the codes. these are the codes that are released by the developers. In this guide, we will present to you a list of the codes that you can use and redeem to get exciting rewards. Without any further ado, let’s get started:

Below, you will find a list of the active codes that will work for you to get the rewards such as knobs, revive and boosts. However, you need to redeem them asap as they tend to expire soon:

Below, we will present to you a list of the expired code. These codes will not work for you. But we gave you this list because you don’t have to waste your time entering these codes:

How to Redeem Codes?

Players can also follow Gaming to get instant updates about this game.

Legend Of Pandonia Gift Codes and How to redeem? (October 2022)