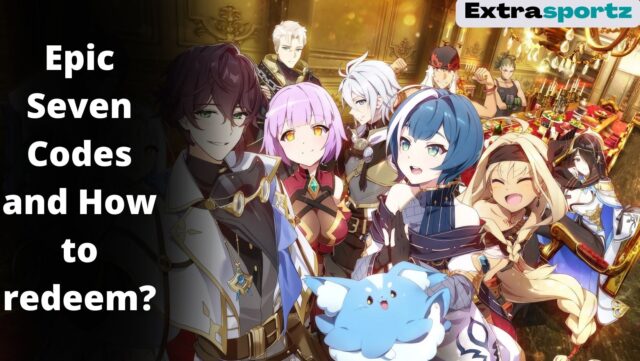 Epic Seven Codes 2022 (August List) and How to redeem?

Epic seven is a popular 2D RPG game that shows intense fighting, uniques enemies, and a huge roller coaster of the character from which you can choose yours. If you are someone who loves anime and battles and you will surely love this game.

Below you will find the list of codes that can get you items like free Free Coins, Gems, Keys as well as some rewards.

In this section, you will get to know about the Epic Seven codes. We are giving this list to you because you don’t have to spend your precious time getting Epic Seven Codes.

How to Redeem Epic Seven Codes?

How to get more codes in Epic Seven?

And thus began the 7th World…
Diche, the Goddess of Life, summoned all of her waning power
and once again gave shape to the Guardians and the Heir of the Covenant.
“My children, I entrust this world to you.”