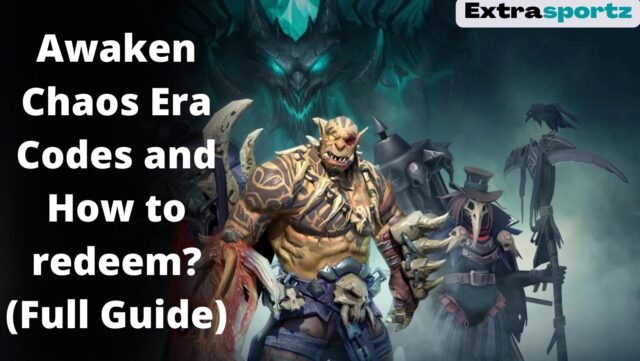 Awaken Chaos Era is a popular role-playing game developed by Century Game Publishing. This turn-based game is available on both mobile devices as well as PCs. For PCs, you have to download an emulator which will help you to play on windows. In this mythical-themed game, you can form a team of heroes to fight with enemies in a war.

This game feature various in-game items which can be purchased through in-game currency or real money. But you can use the code redemption feature provided by the developers to get these items for free. In this article, we are mentioning some working Awaken Chaos Era codes that will help you to get your hands on the premium items like diamonds, gold, advanced summoning crystals, energy refills, etc for free

How to Redeem Codes in The Awaken Chaos Era?

How to get more codes in Awaken Chaos Era?

Enter the mythical world of Awaken, an ancient land held together only by the elements that brought it into existence. Peace is now being torn apart as the former King has disturbed the balance and brought the continent to the brink of destruction. As the constant struggle between light and darkness wages on, It’s time to join the battle and awaken your inner hero!

Can I use the Awaken Chaos Era codes anytime?

Players can not redeem them anytime. But they are meant to be redeemed at a certain time. After that, they tend to expire soon. The same is the case with The Awaken Chaos Era. Players have the option to activate a code once in a lifetime on an account. However, players can redeem the gift codes anytime. But you must go through the terms and conditions of redeem codes of The Awaken Chaos Era.

Can I use The Awaken Chaos Era codes after consuming their rewards?

The Awaken Chaos Era has token-based codes. Once players redeem the codes, they don’t have the option to use it again, not even from any other user account.

How to activate The Awaken Chaos Era Codes?

To enter codes, you must go to The Awaken Chaos Era redeem code page. Look for the popup and enter the code in it, and press the “Redeem” button.

What is the benefit of using The Awaken Chaos Era redeem codes?